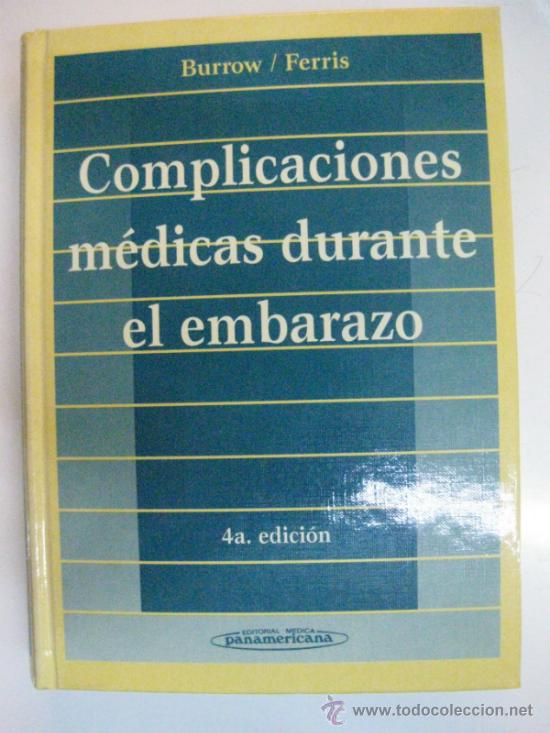 Interdisciplinary care for pregnancy and for women wishing to conceive. Emeritus Professor of Obstetric Medicine. The concept of ‘obstetrical medicine’ was established in the late 19th century, but overshadowed during most of the 20th century by dramatic improvements in surgical, anesthetic, antimicrobial therapeutics, and obstetrical methods and practice. During the last quarter of the 20th century the causes of maternal morbidity and mortality increasingly became pre-existing hereditable and acquired medical disorders and treatable or preventable medical complications of pregnancy.

The role of obstetric medicine re-emerged because of surgical, therapeutic, and medical success. New professional associations have been formed to support, through education and research, the growth in numbers of clinicians from many specialties concerned with the medical care of the pregnant patient. Medical care team; Obstetrics; Prenatal care; Pregnancy complications; Pregnant women. T he need for the concept of obstetric medicine is a recent development. Social and scientific events have transformed reproductive behavior and clinical practice Table 1.

More women are having babies at the extremes of reproductive age than a century ago. The contemporary increase, natural and artificial, in the fecundity of women past the age of 40 has been superimposed upon an older trend of earlier menarche and earlier adolescent pregnancy.

The capacity to prolong the lives of patients suffering from a variety of chronic diseases has allowed a group of chronically ill women to live well enough to successfully reproduce.

Medical successes have raised reproductive expectations, causing high-risk pregnancy services to be populated not only with the socially disadvantaged but also with women entering pregnancy with a panoply of heretofore unusual or serious medical disadvantages Tables 23 and 4.

Technological developments in obstetrics have dramatically altered the spectrum of manageable maternal problems. Ultrasound, karyotyping, DNA probes, fetal surgery, and in vitro fertilization have, for example, opened reproductive opportunities for women previously excluded because of medical or obstetrical problems.

Moreover, neonatal pediatrics, a relatively new discipline, allows babies to be born preterm because of threats to maternal health such as preeclampsia and still to be able to survive the threats of prematurity, particularly respiratory distress syndrome. Antenatal maternal glucocorticoid therapy and artificial surfactant given to the neonate have made a huge contribution. We argue that the contemporary notion of pregnancy is old fashioned; shaped a century ago when the vast majority of pregnancies occurred in healthy young adult women and reproductive tragedy was the consequence of bad luck, carelessness, or sin.

Even half a century ago women with serious disease did not survive to reproductive capacity, were unable to conceive, or were advised not to become pregnant. Illegal abortions were common and dangerous. There were abundant orphanages. Maternal mortality and fetal wastage were frequent but considered an expected tragedy. The reason, no doubt, is partly due to the cramping effects of a too rigid specialism, which tends, on the one hand, to concentrate the attention of the obstetric practitioner exclusively upon matters purely obstetrical and gynaecological, whilst, on the other, it affords the pure physician only comparatively few opportunities to watch the influence of such disorders on particular cases, inasmuch as the patients are at such times pretty exclusively under the care of a physician-accoucheur.

But as every woman has not only a uterus and ovaries, but also a liver, heart, lungs, kidneys, etc. Unless he does so, he can have only an extremely inadequate idea of the scope and importance of his department of the medical art and science; and he is, at the same time, certain to allow his position in practice to degenerate into the cultivation of what at best is only an outpost of applied surgery.

Much of the disfavour and affected hauteur with which obstetrical medicine has frequently been treated by pure physicians and surgeons, is doubtless traceable to the somewhat contracted notion that we ourselves have formed of the value and dignity of obstetrics, and can only be removed by our strongly asserting and proving that neither in loftiness of aim, in scientific precision, nor in practical importance, is gynaecology a whit behind either of her sisters.

It is easy to understand the origins of the separation between obstetric and medical practice and practitioners. Obstetrical complications were likely to carry off both mother and child, and women with serious medical conditions were not likely to become pregnant or to survive pregnancy.

Moreover, he practiced with limited understanding, ineffective medications, and few tools to provide successful care. The special status of the gravid woman as the mother of children so important for the future of mankind led to societal and religious protection from harm, including extraordinary or experimental medical intrusion; a tradition of respect which continues to the present day.

For two millennia cesarean section was a postmortem event; a procedure to save a child. For two millennia it was also a procedure of maternal sacrifice 2. In Europe the Chamberlen obstetrical forceps was a closely held technical secret for years, until when wider use reduced maternal and fetal disasters.

Not until the s did improvements in surgical technique reduce the risk of operative delivery and fatal postpartum hemorrhage 2. Listerian antisepsis and Halsteadian asepsis diminished postpartum infec tions setting the stage for major advances in obstetric surgical technique and practice. The last 25 years of the 19th century established the legitimacy and credibility of obstetrics as an important component of medical research and education.

Puerperal sepsis nevertheless remained a hazard. Effective anti-microbial treatment for puerperal sepsis took another half century. Examination of maternal mortality and its causes in the United Kingdom and the United States illustrates the thesis we present. 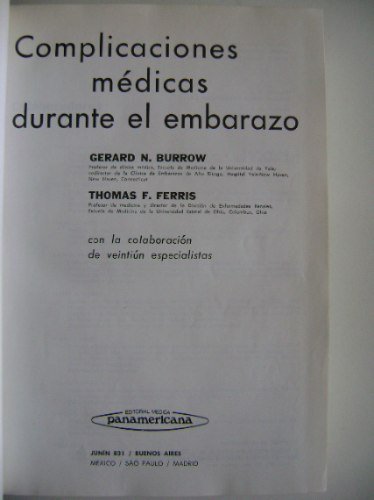 The reduction in maternal mortality cmplicaciones the introduction of improved nutrition, anesthesia and surgical technique, and the introduction of effective antimicrobial medications. At the beginning of the twentieth century pelvic deformities from vitamin D deficiency and limited access to inpatient blood transfusion and surgical delivery contributed to the prevalence of maternal deaths from hemorrhage, prolonged labor, and traumatic delivery.

The advent of sulphonamides and penicillin in the late s and s resulted in sharp declines in postpartum sepsis. The past century has seen the passionate pursuit of the safety of mother and child, liberating women from the tyrannies of fertility and infertility, and diminishing the risks for obstetric dufante. The first half of the 20th century msdicas a time of surgical advances and the incorporation of obstetrics into the clinical practice of doctors.

A direct death is one that can only have been caused by pregnancy; e. 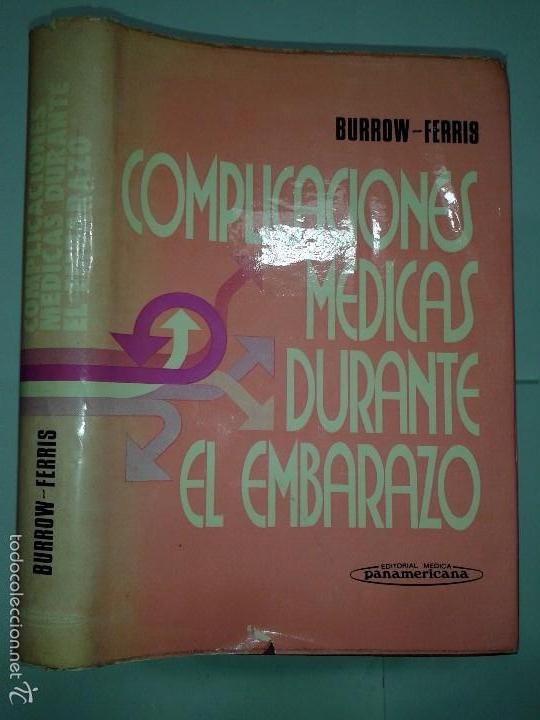 An indirect death is one where pregnancy has contributed to the maternal death; e. The principal causes of death between and are shown in Table 5. Deaths from hemorrhage, early deaths, prolonged labor, sepsis and other direct causes of death have been categorized as surgical. Nevertheless, even using this classification, over half of the deaths were surgical and in the s obstetrics was very much a surgical specialty. The last 50 years of the 20th century biomedical science and clinical practice dramatically altered the biologic characteristics of women hosting placentas burrrow fetuses 5.

From fertilization to implantation, to timing of delivery, clinicians became increasingly powerful in preserving marginal durantr threatened conceptions and fetuses. Assisted reproduction, including postmenopausal in vitro fertilized pregnancies, led to a veritable epidemic of multiple gestations and contributed to changes in the epidemiology of maternal morbidity and mortality.

As in MacDonald’s time pregnant women became sick with medical problems like pneumonia or chronic heart disease. Traditionally the surgically-orientated obstetrician would have consulted one of his medical colleagues. The need for physicians with knowledge and interest in reproduction embadazo pregnancy and with the respect of their obstetrical colleagues led to the initial appointment of consultant obstetric physicians in the United Kingdom in the s.

Since the appointment of obstetric physicians in the United Kingdom, departments of obstetrics have realized the importance of medicine in obstetrics and recognized the need for physicians who have a particular skill in the management of medical burrrow during pregnancy.

Similarly maternal mortality data from the United States Table 7 documents the growing importance of obstetric medical care for the woman druante a medical condition contemplating conception and the pregnant patient who develops a medically diagnosable and treatable condition 3,7.

Obstetric medicine is a young clinical discipline, difficult to define as the property of any single medical or surgical specialty. As the name suggests, it is an interdisciplinary and multidisciplinary activity. Obstetricians, internists, anesthesiologists, neonatologists, intensivists and others can be scholars and practitioners of obstetric medicine.

The core, the essence and emphasis, is knowledge and experience, not technique; knowledge about the biology of reproduction, gestation, and the health and illth of nonpregnant and pregnant women.

The breadth of obstetric medicine extends beyond conception, gestation and the puerperium. Knowledge of normal and abnormal growth and development and the chronic illnesses of children and young adults that may interfere with successful pregnancy are fundamental.

Knowledge of the long-term sequelae of pregnancy and its complications is equally fundamental. Obstetric medicine does not require its practitioners to perform surgery although a firm grounding in the anatomy and technical requirements of successful obstetrical operations and their complications is essential.

It is not surprising that the pioneers of contemporary obstetric medicine have been generalists regardless of their specialty embarqzo and identity. Threats exist, of course. Prohibitive hostility from established specialties has been and continues to be a medidas to scientific advance and clinical care for pregnant patients in comolicaciones venues. We believe it important to emphasize that obstetric medicine is not a fence building state of mind. Physicians and obstetricians in the United Kingdom created the MacDonald Club, named in honor of Angus MacDonald, to foster the practice of obstetric medicine and interdisciplinary communication.

Following the example from the United Kingdom, physicians and obstetricians in North America established the Society of Obstetric Medicine twenty years ago. We feel compelled to remind these groups that their objective is to preserve their multidisciplinary ambience and participation and not to create an entirely new specialty. A History and Iconography. Revised second edition of Iconographia GyniatricaNorman Publishing, What maternal mortality statistics tell us: J Obstet Gynaecol ; Maternal mortality, a vindication of obstetric medicine.