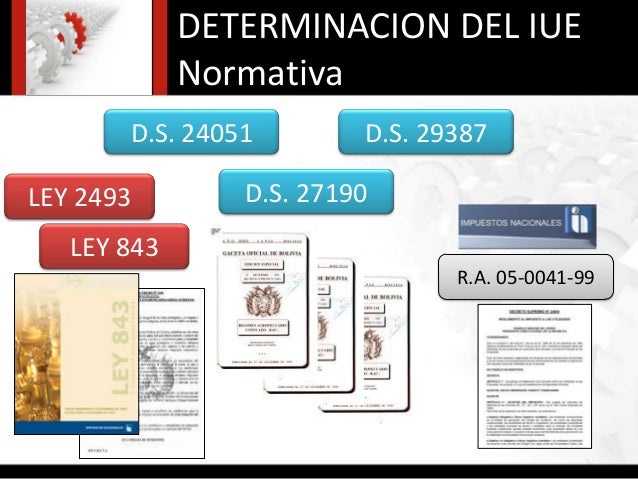 Two important aspects of protein splicing were investigated by employing the trans- splicing intein from the dna E gene of Synechocystis sp. First, we demonstrated that both protein splicing and cleavage at the N-terminal splice junction were inhibited in the presence of zinc ion. We propose that inactivation of Cys at the C-terminal splice junction by the chelation of zinc affects both the N-S acyl rearrangement and the transesterification steps in the splicing pathway.

Furthermore, in vivo and in vitro assays were established for the determination of intein residues and regions required for splicing or association between the N- and C-terminal intein halves. N-terminal truncation of the intein C-terminal segment inhibited both splicing and association activities, suggesting this region is crucial for the formation of an interface between the two intein halves. The replacement of conserved residues in blocks B and F with alanine abolished splicing but allowed for association.

This is the first evidence showing that the conserved residues in block F are required for protein splicing.

Protein splicing is a post-translational processing event, which involves the self-catalyzed excision of an internal protein segment, or intein, from a protein precursor with the concomitant joining of the flanking polypeptide sequences, the exteins 12. Sequence alignment reveals that an intein can be divided into three segments. Between the two terminal regions is an optional endonuclease domain, which has been found in a majority of inteins 34.

In the case of protein trans -splicing, however, a functional intein is reconstituted from two non-covalently linked N- and C-terminal segments that are separately translated 56.

The catalytic residues implicated in the splicing mechanism have been found in the conserved blocks, A and G, present at the two splice junctions Presumably, these residues directly participate in protein splicing by three concerted nucleophilic replacements 117 Fig.

Other residues and regions that may be involved in assisting these catalytic reactions have yet to be identified, although a highly conserved histidine residue in block B has been found to be necessary for protein splicing Furthermore, protein splicing requires the precise alignment of the two splice junctions to form the active site. Examination of the interaction between the N- and C-terminal intein halves would offer important insight into the tertiary folding that brings all the reacting groups in close proximity.

Proposed mechanism for protein trans- splicing and its inhibition by zinc involving the Ssp DnaE intein. 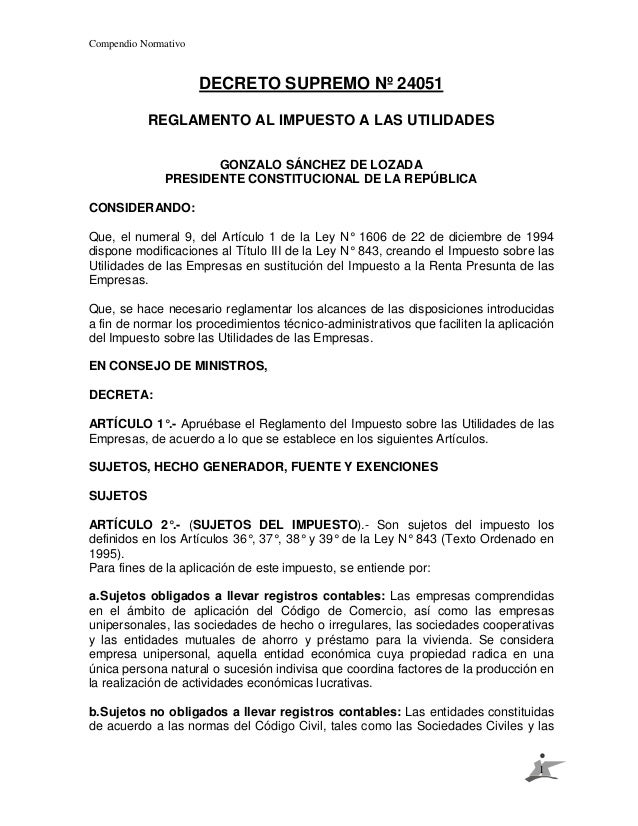 The folding of two associated intein halves aligns the two splice junctions in close proximity. The splicing reaction presumably occurs via the same splicing pathway as cis -splicing, proposed previously 10 Cys participates in the formation of the branched intermediate by transesterification through a nucleophilic attack of the thioester bond formed between the last N-extein residue, and Cys 1 of the intein.

Both protein splicing and cleavage at the N-terminal splice junction may be blocked by dw chelation of a zinc atom involving the sulfur atom xs Cys at the C-terminal splice junction. Recently, the crystal structure of a precursor protein containing the Sce VMA intein with the flanking native extein residues was solved Remarkably, a zinc atom was found at the catalytic center of this splicing-deficient precursor protein. The residues 24501 to the zinc coordination include a cysteine following the C-terminal splice site, which presumably receives the N-extein domain by transesterification, a critical step in dw complex splicing pathway.

Thus, it is of particular interest to investigate the possibility that zinc may play a modulatory role during the process of protein splicing.

However, the rapid processing of intein precursors presents a major obstacle to the conduction of such an investigation In this report, an important advance in understanding the complexities of protein splicing is made possible by the manipulation of the trans -splicing intein involved in the maturation of the Synechocystis sp.

DnaE protein 56. The naturally occurring split intein, consisting of an N-terminal segment of residues and a C-terminal segment of 36 residues, can mediate efficient splicing in trans in foreign protein contexts 20 Similar to the Sce VMA intein, the sulfhydryl group of the cysteine residues presumably function as nucleophiles at both the N- and C-terminal splice junctions of the DnaE intein Fig.

In this study, we took advantage of the unique property of the trans -splicing Ssp DnaE intein to explore the effect of zinc on splicing xs.

This trans- splicing system also allowed us to investigate the intein elements responsible for the interaction between the N- and C-terminal halves of ss protein splicing element, independent of its catalytic activity. We demonstrated the correlation between the splicing or association functions of the DnaE intein and the reconstitution of Escherichia coli acetolactate synthase isoform II ALS. The effect of amino acid substitutions or deletions on the splicing and association activities of the two intein halves were further 240051 by an in vitro assay system.

T7 gene1 contains a mutated ALS gene. Two pBEL11 variants were created by substitution of the last intein residue, Asnor the first C-extein residue, Cyswith an alanine residue by linker replacement using the unique Nru I and Age I sites.

The following oligonucleotides and their appropriate complements were used to introduce deletions spanning residues — by linker insertion into the Nde I and Nhe I sites in pKEC3: The amylose column was washed with ml of Buffer A 20 m m Tris, pH 7.

The structure corresponding to the region between positions Gly and Tyr of the Mxe GyrA intein is not shown. Sequence 24501 and a model structure of the Ssp DnaE intein.

N and C termini of the intein are labeled N and Crespectively. Protein expression was induced with 0. Western blots with the antibodies against the N- or C-terminal fragments of ALS were performed as described previously Samples of 244051 resin were taken when MBP-I N was added to the resin t 0after incubation de 45 min, and after the resin was thoroughly washed.

We reasoned, based on the Sce VMA intein structure, that the inhibition of splicing and N-terminal cleavage is caused by the binding of the zinc ion to Cys This chelation will inhibit transesterification, thereby affecting the equilibrium between 224051 and thioester, or the acyl shift at Cys 1.

We examined the effect of zinc in a 240551 mutant carrying an NA mutation. As shown in Fig. In addition, examination of N-terminal cleavage using a CA mutant showed that no cleavage product was observed with or without DTT, implying that the inactivation of Cys could affect acyl rearrangement, the first step of protein splicing Fig.

Also presented in Fig. The sequence spanning the C-terminal 24 residues of the I N segment appears to be a flexible linker region, which does not appear to be conserved among inteins Fig. In order to determine the regions required for the association and trans- splicing functions of the DnaE intein, sequential deletions were introduced into C- and N-terminal regions of the DnaE N- and C-terminal segments I N and I Crespectively.

A functional in vivo assay was initially used to examine the capability of these mutants to reconstitute an ALS in E. ALS catalyzes the first common step in the biosynthesis of es amino acids When the gene encoding the ALS protein was split into two segments and each fragment was fused in frame to I N or Da Cco-expression of the fusions was able to reconstitute an active ALS 240551 Plate assays were conducted to examine the valine-sensitive growth of ER cells co-transformed with N- and C-terminal fusion constructs, one possessing the wild-type intein rs and 2405 other carrying a mutated segment.

The dx in the N-terminal region of I C exhibited dramatic effects on the growth of the ER dd cells in the presence of valine. Removal of more than 3 residues, following the translation initiation methionine of I Cresulted in complete inhibition of growth of the host cells, suggesting that an active ALS was not produced. In contrast, growth of the host cells expressing a mutated I C carrying 1 or 2 amino acid deletion indicated the production of a functional ALS.

Furthermore, site-directed mutagenesis was performed to study the effect of amino acid substitutions in the highly conserved intein blocks B in I N and F in I C on the production of an active ALS. For all these mutants, co-expression with the wild-type fusion protein permitted the growth of ER cells in the presence of valine Fig.

Effect of various intein mutations on the growth inhibition of E. Co-expression of both ALS-intein fusion genes possessing the wild-type intein sequence rescued ER host cells from growth inhibition by valine. Reconstitution of functional ALS could be due to either protein trans -splicing or association between the two intein segments. Western blot analysis was carried out to detect if a spliced ALS product fs kDa was produced as a result of d of both intein fusion constructs.

These results are in agreement with the plate assay data showing that these mutants rescued the host cells from the growth inhibition by valine. The spliced ALS product was not detected when a or amino acid deletion was introduced at the C terminus of I N or when 6—12 residues were removed from the N-terminal region of I C. Immunoblot analysis of protein trans- splicing activity of various intein mutants.

Protein trans -splicing generated a kDa product, which reacted with both antibodies. The observation that some intein mutants failed to mediate trans -splicing but dds ER host cells from growth inhibition by valine suggested that interaction of the two intein fragments may be sufficient for reconstitution of ALS activity without the formation of a spliced product.

An in vitro assay was fs to determine whether the mutated intein N or C fragments of the DnaE intein interact and if this interaction permitted trans -splicing in vitro. 2405 facilitate the purification of the wild-type or mutated intein segments, the ALS N-terminal coding sequence was replaced by the DNA sequence encoding E. Alanine substitutions in blocks B and F abolished trans -splicing in vitro Fig. N-terminal cleavage activity, as indicated by the appearance of a ss product, M, was detected in all the block B mutants except for the FA mutant Fig.

The data suggest that the association of the intein fragments account for the in vivo ALS activity observed in the block B and F mutants.